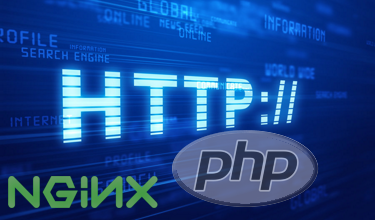 As websites become more popular and more highly trafficked things like request latency and scalability obviously become an issue. While it’s true that some requests are just always going take a certain amount of time (some amount of work being unavoidable) some work is avoidable. I’m speaking specifically about not repeatedly doing the work of re-producing the same results for different anonymous users time and time again by saving the results for use on subsequent requests.

Even more specificer I mean doing so with FastCGI requests.

Considerations When Implementing a Cache

Obviously, it’s all well and good to say “don’t do the same work over and over again” but how do we actually accomplish that goal without inhibiting the dynamic nature of our applications? After all, the main difference between a web application and a glorified brochure is the application’s ability to take arbitrary data, process it and render the results when appropriate.

So the main consideration when introducing any sort of caching (FastCGI or otherwise) is which operations are you looking to optimize by tolerating a delay in change propagation? That’s essentially what introducing a caching layer to an application accomplishes: Delaying updates for the sake of apparent speed.

Another consideration when implementing a cache is the possibility of bleed over. By this I mean if a particular page contains sensitive information and your caching layer is allowed to use that result as the cached result the subsequent users will gain access to information they otherwise wouldn’t. To avoid this carefully select the criteria for whose requests need to be saved.

If the person may run across sensitive information (or maybe just highly individuated information) then it’s important to make sure their requests aren’t saved to a cache used by other users. A good rule of thumb is to exempt as many requests from the generic cache as is reasonable. This often means to exempt them from caching altogether but could also mean that they get a private cache only their $remote_user (or whatever) maps to. However you do it, err on the side of caution and ask yourself whether or not a page or category of requests really need to be cached in the first place.

Most nginx caching, whether you’re using the proxy_* (HTTP proxying) uwsgi_* (proxying to a uWSGI application), or fastcgi_* family of directives involves the same principles. So if you learn how one caching system works, you can often just replicate that knowledge over to the other directives, only changing to account for the new context.

Firstly, when nginx receives a request for a resource that it deems to be backed by a given cache, it will attempt to locate it in directory specified by the relevant *_cache_path directive and failing that it will execute the request normally.

Once it has a “fresh” result nginx will take the key specified by the relevant *_cache_key directive and produce an md5 checksum from it, using this to uniquely identify a particular request. Once it has this hash it saves the backend origin’s response (including response headers) amongst other miscellaneous information to a flat file in the caching directory in a file named with the generated hash. In this way, when a request comes in, nginx will generate the key of the request, take an md5 hash of it and look for a file with that name.

Since websites can often have hundreds if not thousands of pages, if you save all the cached results to the same directory, you simplify the tree but all the dentries the OS now has to search through to find a file whose name matches. In addition, for certain filesystems it’s possible (though unlikely) to run up against a per-directory limit to the number of files.

To reduce the number of files per directory, you can modify the default behavior of nginx to create a directory structure and nest the cache files under a directory named after the hash’s least significant characters (i.e the characters on the far right). For example with a hash of 3b8b95c0f57df1b3ccd9a91a932fafcc the directory might be called cc whereas a hash of c98cdfa1efab42da49e4df9b0d0184a3 might be stored underneath a directory called a3. This directory structure can be modified with the levels= argument to the relevant *_cache_path directive. An example is shown below.

However it’s not enough just to save files to a cache and serve them again when a matching request comes in. You also must remove stale responses and prevent the cache from growing so large is takes up all disk space. Since this has to happen outside of the execution of a single request (otherwise requests would begin blocking and backing up) once a cache is defined, nginx will spawn a separate cache manager process in addition to the normal master and worker processes:

This single monitors all configured cache and removes responses (by deleting the least-recently-used responses) either so that the cache is prevented from getting too large or to remove items legitimately stale.

Since the cache manager process exists outside of normal operation, users of open source nginx, the only means of updating the cache configuration that I’ve found to actually work is fully killing nginx and restarting it. For example:

The plus version includes options for selectively reconfiguring cache management through the /api gateway though.

Obviously, nginx includes many tunable parameters/directives, the use of which will vary according to your needs/desires but the above should give you a firm basis for understanding what follows.

OK enough talk, let’s create a simple FastCGI cache on a generic uncomplicated nginx virtual host. In our example, we’re going to assume all HTTP requests are essentially identical and nothing is privileged (i.e so basic that you’re never going to run into this situation but it keeps the example uncomplicated).

For the first step let’s add the following to our http{} block:

Let’s break that down a bit:

Now that we have our cache setup and configured, we need to actually instruct nginx to start using it for our application. Now we need to locate the location{} block where we’re proxying our requests and instruct nginx to use our appcache cache for these requests. An example of a valid location block would be:

You’ll notice not much has changed from a run-of-the-mill barebones FastCGI configuration for nginx but we’ve added fastcgi_cache which points to the active cache.

After configuring the above, bring nginx to a full stop and restart it (remember, for caching changes, merely nginx -s reload is not enough). After requesting a few pages you should start seeing files like these start appearing underneath /var/cache/nginx:

Neat! If you’re paying attention, you should also be able to tell that your pages now open more quickly on average and are less susceptible to random slowdowns. That’s because all these requests are now backed by static files that nginx is now just slinging right back at you.

Consequently, if you want to manually clear the cache, it’s perfectly safe to just rm -rf /var/cache/nginx/* and nginx will generate a new page on the next request.

A More Practical Example of a FastCGI Cache

OK so with the above I’ve shown you what the absolute minimum you need to do to cache FastCGI-backed requests. It’s not terribly practical though. You may occasionally want to log into your CMS and it would be helpful if you did just get cached versions of the “Add Content” page forms or see the edits you’ve made to a particular page, etc. After all, the caching is for other users, if the page just isn’t snappy for you, that’s fine and you’ll just tolerate it.

So ok, keeping in mind what was said in the previous two sections (“Considerations When Implementing a Cache” and “Implementing a Minimal Cache”) how can we produce a more practical example. Well in a word: iteration. You want more than that? Fine. Each application is different so there is no “one size fits all” approach to which pages can be cached and for how long.

Let’s take the example of a Drupal website. In this situation, we have very few content editors (maybe one or two) but a huge number of people consuming the content we’re producing. The content isn’t dynamic at all outside of pages needing to be updated reasonably soon after the content editors are done with them. Traffic for this hypothetical site is fairly flat.

With that in mind I’ve produced the following to be added to a vanilla http{} block:

Let’s break that down now:

You’ll notice we’ve introduced a fair bit of something in the above:

I’m sure you get the idea by now so I’m going to opt for a high level explanation here rather than list out example configurations.

Honestly, there aren’t many cases where having multiple caches make sense. Usually if you’re at the point where you need to start caching FastCGI then your ratio of nginx instances to application instances is already 1:1 and rarely does a single application need more than one cache. Usually either a given request can be cached, or it can not. If you need to make pages specific to particular users you would normally just include user-identifying information in the fastcgi_cache_key parameter (for example $remote_user or a cookie value).

There may be situations, though where you need more than one cache. maybe this cache is on faster storage (tmpfs vs HDD) or can grow larger, or maybe you want to conditionally adjust the TTL for certain requests via fastcgi_cache_valid such that requests going to this new cache stick around longer.

The fastcgi_cache_path will allow you to establish multiple caches as needed and just prior to fastcgi_pass just make sure fastcgi_cache is set to the alternative cache.

Caching the responses you get from FastCGI is obviously not the only way to avoid duplicate work. There’s also the possibility of partial or full page caching. One of the most popular accelerators in this domain would be Varnish. So how does Varnish stack up against FastCGI caching?

So we have an average latency of 1.3 seconds with a pretty tight standard deviation coming in at 151ms.

Let’s run the same test through Varnish on the same machine with storage set to malloc,512M:

As you can see since our requests were imminently cacheable the average latency went down about 80% (wow). The standard deviation stayed about as tight as our baseline as well.

Finally, let’s look at the same test ran against a FastCGI cache running inside nginx:

So our average latency actually went up using only FastCGI caching. The Varnish cache was about 9.3% faster than the nginx cache. Why? Well by default Varnish does full page caching. Every image and css file you request gets saved in physical memory. This in contrast with nginx’s FastCGI caching that only caches the PHP execution results and stores them in flat files (depending on the operating system’s filesystem cache to keep the contents in memory).

Ok so overall performance behavior is only one feature. When do we know when we want to use FastCGI caching?

Good Reasons To Use FastCGI Caching:

Good Reasons to Use Varnish Caching: