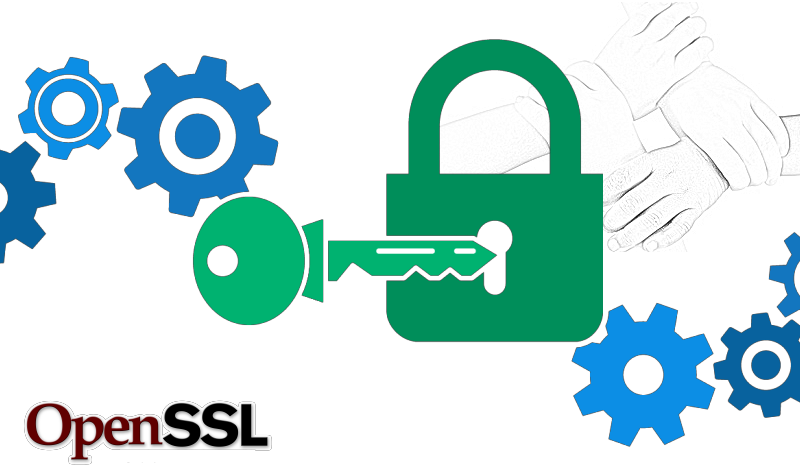 Usually you don’t need to manage your own PKI infrastructure with OpenSSL. The normal modus operandi is to generate your CSR, get a recognized certificate authority to sign it, use it until the CA reminds you it’s about to expire then repeat the process.

Occasionally, though, you need to establish your own chain of trust. Either doing it through a recognized CA would be expensive or you need the CA to be more responsive than a third party could ever be. For example, when you maintain an entire enterprise system filled with mail servers, LDAP servers, file shares, etc you need to be able to generate the certificates that you need without any regard for a CA’s verification procedure or having to wait on them before a new system can go into production.

Looking around I could see plenty of copy/paste tips online and incomplete guides but I couldn’t find anything that really served as an acceptable “Certificate Authority 101” as opposed to just one or two simple tricks done inefficiently.

First let’s create the private key we’re going to use for signing. This is only used for signing certs so it can be absurdly strong:

To that end, let’s generate a CSR and then sign it ourselves:

You’ll notice that on my last command, I told it to generate a self-signed cert with a lifespan of 5 years. Compared to normal certificates that usually last a year at most, CA certificates need to stick around for a while. By CA standards this is a minuscule amount of time but for enterprise-level CA’s this middle ground is probably an ideal. It keeps you from continually renewing the root CA certificate while also changing it out every so often in case the server it’s on was compromised.

Now that we have our private signing key and root CA certificate, we need to get the system ready to use it as such.

Understanding How to Read openssl.cnf

Outside of updating $dir on Ubuntu below, you probably won’t have to change much anything in the stock openssl.cnf file of either Ubuntu-based or RHEL-based but you may need to check your distribution’s configuration to understand how it works.

* Directive values can later on be referenced by treating them as a variable. For instance in the stock Ubuntu 16.04 config, the root of the CA tree is set in dir underneath the [CA_default] section and then subsequently referenced in the directives that point to various components of your CA (for example new_certs_dir and private_key).

* Many directives will point to other sections by way of a directive value. For instance, the hard coded section ca establishes the CA configuration for however many CA’s you end up running on this box. The default CA used is specified by the default_ca directive by setting it equal to the section that defines the CA. That CA configuration section will in turn include a CA signing policy referenced by the policy directive in that section.

On stock Ubuntu, issue the following commands to create the directory structure that your openssl ca commands will assume already exist:

Open /etc/ssl/openssl.cnf in your preferred editor, locate the [ CA_default ] section and modify the dir directive so that the path to demoCA is absolute (e.g “/etc/ssl/demoCA“).

On RHEL-based systems, this directory structure and configuration has already been created (albeit at /etc/pki/CA instead of /etc/ssl/demoCA as mentioned previously).

In either case, the CA index (a summary of all issued certificates) and a starting serial number will need to be initialized:

Where $dir is the root directory of the default CA for your distro.

Once the directories are in place, you need to copy the private key and the root CA cert to the appropriate directories so that openssl can find them later on:

Now that our software infrastructure is in place, we can start the actual business of issuing certificates. For demonstration purposes, let’s just generate a bogus public/private key with a CSR:

Now that the “client” has a request for us to sign, we can use our root certificate to sign it for them:

A copy of the signed certificate will now live both in the current directory (since we specified an -out option) and in the $dir/newcerts directory where it will be named ${serialNumber}.pem this certificate can now be delivered to the client for use in their web server, SMTP server, whatever it is they’re protecting with SSL/TLS.

That’s basically all there is to it. Once your infrastructure is setup, all subsequent CSR’s users send you can be signed with that same openssl ca -in server.csr -out server.pem command.

When is revocation useful?

Occasionally, a certificate will be given out but need to be revoked so that others don’t trust it anymore. For the majority of SSL uses, you’re just attempting to ensure private communication between nodes and simply replacing compromised certificates is sufficient. If all you’re interested in is that, then revocation is probably additional complexity you can do without.

The usual example for the usefulness of revocation would be SSL certificates used for client authentication. Compromised must be revoke and the user given new certificates. The latter process is usual and detail above, but the process for revoking them not so much.

In the above we just accessed the ca functions of openssl and instructed it to revoke a certificate called server.pem in the current directory. It then loaded the serial number from the certificate and then updated its local database to reflect its revoked status.

The -crl_reason is interesting because it provides us with a finite number of explanations on why we’re revoking the certificate:

This is useful in the event of an audit since it establishes a paper trail if it’s later on found that a user’s account was used. If it was before the revocation but after the determined date of compromise, then their current credentials should be secure still.

Providing the CRL For Consumption

OK great, openssl doesn’t consider the certificate good anymore but who cares about that? I’m trying to prevent an attacker from using the certs to impersonate the user. To do this we have to publish a Certificate Revocation List (“CRL”).

Luckily generating a new CRL from the current database is pretty easy. First we need to make sure we have a valid serial for the CRL’s we create. If it doesn’t already exist create a file at $dir/crlnumber and populate it with a starting serial of 1000.

For example, on RHEL:

Then we generate a new CRL saving it to a file:

You can then check this CRL out to make sure our latest revocation is in there:

Now that the CRL file has been generated you can then make it accessible to the clients that need it. As per RFC this can be anything you can make a URL out of but is usually an HTTP(S) address that returns a content type of application/pkix-crl along with the DER encoded CRL we generated above.

Alternatively, you can have some sort of automated job pull a static version of your enterprise’s CRL and give that to the application performing the SSL negotiation. For example Apache has the SSLRevocationFile directive for a PEM-encoded CRL file (note: we generated a DER encoded one above so it needs to be converted to PEM before giving it to apache).

There’s very little in the above that can actually go wrong in the text book use case. In the real world, though you’ll run across unique situations that may just happen to not line up with that cookie cutter situation I presented up above:

I plan on continually adding/updating this this post so please consider it a living document and submit and anachronisms or omissions. In the mean time, you can find more information on the internet: