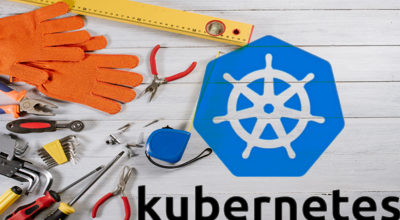 Previously, I showed you five different ways to easily install Kubernetes. That previous post isn’t exactly enough to truly “get started” with Kubernetes though. It really only gets you to the point where you can technically run pods and deployments. In this series of posts I’m hoping to dive a little deeper, plan in a little more detail, and hopefully end up with a cluster that’s more representative of something you would actually want to use.

For simplicity’s sake, we’ll be using kubespray to leverage Ansible for the installation. This removes a lot of the manual steps but you should still expect some amount of configuration. Given that fact, this tutorial also assumes a basic familiarity with YAML and basic Ansible knowledge. I try my best to explain in detail what I’m doing but it’s best if you start this series already having an understanding of how inventory files and variables work in Ansible.

Once done with this series you’ll be able to know how to:

With that out of the way, let’s get started…

Before understanding where we want to end up, let’s understand what a bare bones vanilla Kubernetes cluster looks like. Take a look at this diagram:

This diagram depicts the four basic components of a vanilla Kubernetes cluster. Two components are internal whereas the other two are assumed external components outside of the purview of Kubernetes:

Not depicted in the diagram is that all the components of the Kubernetes cluster (the API server, the kubelet API client running on the compute nodes, etc) communicate internally amongst themselves via an overlay network. We will go into more detail later but the overlay network is required so that Kubernetes can automatically assign IP addresses to pods, services, etc without needing a DHCP server. Additionally, many of the overlay networks supported by Kubernetes allow for over-the-wire encryption in case you have confidentiality requirements and are running on an untrusted network.

Another point on the above diagram: it’s just an illustrative reference point for a Kubernetes cluster, and it represents what we’ll be using here. It is by no means the only way to do things, though. Some distributions of Kubernetes for instance run management functions like logging or metrics gathering on separate nodes. Others have separate nodes that exist only for the network traffic. This however will get us started and clearly demonstrates the role each plays in the Kubernetes stack.

A Note About The Load Balancing…

For high availability all services (including the Kubernetes control plane) will be accessed via a load balancer called lb01.

Since load balancers are usually available on most enterprise networks in the form of either F5 LTM ‘s or those available with most cloud providers, I’ll consider the load balancer implementation as being out of scope and will only vaguely reference what is being load balanced and generally how. If you don’t have access to a load balancer, you can see my previous posts about haproxy and nginx for instructions on how to configure those for simple load balancing.

If you want to best reproduce the results I get here, I’m using the same manually configured nginx (FOSS version) load balancer for both the API server and the service exposed.

Understanding Where We Want To End Up…

Since this will nominally be a “production” cluster, we need to be sure we know how the cluster will eventually end up looking. All the decisions we make at the outset should allow for all the functionality required without major modification to fundamental cluster characteristics later on.

As mentioned in the previous section we already know three things:

Before we start building our VM’s though we need to determine the network address layout our cluster will operate within. Since Kubernetes uses an overlay network for communication between pods, we need to ensure that IP’s used for the overlay network do not overlay with important legitimate IP’s elsewhere on the network. To this end lets plan out our IP addresses so that we know everything is aligned:

Not mentioned above but also relevant, all of my virtual machines are running CentOS 8 with SELinux disabled. SELinux is compatible with Kubernetes, but to minimize the room for error, I would recommend disabling it until you get used to this procedure.

OK so we have a general sense of the shape of things, lets see what Kubernetes can do to get us there.

Understanding What We’ll Need To Get There…

We now know what we want to end up with, but what’s required to make it happen from a resources point of view? I will be using the following addressing scheme:

So as you can see, we’re going to end up with three control planes and three workers. This distribution of nodes is a little unrepresentative of an actual cluster (normally you would have far fewer control nodes than compute nodes) but since this article is written with the idea that one can run this on a few VM’s running on a powerful enough desktop I had to limit the number of compute nodes to just three.

Even in real deployments though, you need either a cluster with three or more control nodes. This is because the database Kubernetes uses (etcd) requires a simple majority to reach quorum. You can get around this in single node clusters but our goal here (and would be our goal in the enterprise) is to have a highly available control plane where any single node can go missing and the cluster is alright.

Now that we know what we need, let’s set up our new cluster.

Now that we have a pretty clear idea of where we want to end up, let’s get the actual cluster running.

Now populate a basic inventory file at inventory/all with the following:

The above designates which hostnames will serve which function in our cluster. You’ll notice that the etcd database can technically be housed on systems other than the API servers but for simplicity’s sake, we’re keeping all etcd instances on each API server’s local node.

Breaking down the above kubespray config:

Once we’ve got the above configured as needed, we can invoke the playbook with a command similar to:

Once the playbook finishes executing without failures you should be able to execute kubectl commands using the kubeconfig deposited locally. For example:

You can also check the status of the overlay network using the curl command:

You can see in the above that Encryption has been enabled and all peers (all six of them) appear to Ready in kubectl and are established in the WeaveNet status above.

Accessing The Cluster With kubectl

Logging Into The Cluster

When interacting with Kubernetes directly, the main client executable you’re going to be using (besides curl) is going to be kubectl. Given that, I’m going to take some time to familiarize you with how to use the utility.

As mentioned above, when the cluster is finally installed we end up with three user accounts:

The default path for kubectl‘s config file (referred to here as kubeconfig) is $HOME/.kube/config in the user’s home directory. We’re going to start from scratch though so go ahead and rm -rf $HOME/.kube and we’ll go through the process of setting up a new default context.

kubectl is designed to be able to store and differentiate between the various clusters you may be logged into at the same time. Each of these client configuration profiles is referred to as a “context” and you need to have at least one context. In my example, I did the following:

Breaking down each command above:

Please note that all my names above are purely arbitrary and the only requirements are that they’re each unique and they’re memorable enough to you so that ten months down the line you can still easily tell if newadmin/api is still needed.

I will try my best to explain the commands I use but in the interests of time, let me explain how a little more about how to use the kubectl command.

The basic syntax for most kubectl commands is: kubectl <verb> <resourceType>

In Kubernetes speak a “verb” is the action intended to be performed. Common verbs include:

Some common resource types include:

If you ever find yourself needing to find out more about a particular resource type you can use kubectl explain <resourceType> to produce a summary of the object type. For example, kubectl explain nodes will explain what a “node” is and what the different fields on the object actually mean.

Finally, it’s important to remember that Kubernetes is a namespace-aware service. Namespaces are how different projects (and their users) are isolated from each other. For example, storage can be made available only to pods running within a certain namespace or users can be isolated to only a certain namespace, unable to interact with anything outside of it.

By default post installation there are four namespaces, but only two are important for now: default and kube-system. The default namespace is an empty namespace created post-install to host your applications. The kube-system namespace though houses all the daemons and applications required for Kubernetes itself to function (for example WeaveNet runs here as does the cluster DNS).

You can specify the namespace you desire with the -n option. For example, to list the services currently in the kube-system namespace:

Some resources (such as nodes or ClusterRoles) aren’t considered namespaced resources because they transcend any particular group of applications or users. For these any namespace argument is silently ignored.

This is just the first article in a series of articles, once you feel comfortable with the above, we can continue onto part two where we will begin deploying test applications to our cluster.